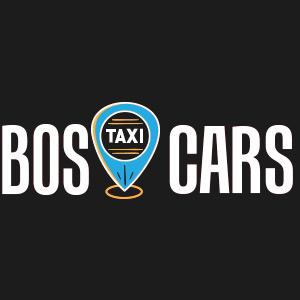 when customer spend more on car service instead of calling taxi, it's because they need punctuation, not waiting

first, the car was 10 mins late. I could have called a taxi and cost half second, the customer line (so called 24 hour service) put me in voicemail Third, after the second call, the customer service told me the driver will be here in two mins, and then waited for two mins the driver called and said he will be here in another two mins Fourth, the car was not nice. Small and made a lot of noise. I paid to other car service before, and it was clean and professional

Very small car not as advertised

Small old car, I was expecting a 4 door salon cab

No show, issued a refund an hour before my schedule time while I slept

No service and no reason given, almost missed flight

The cost is excessive and the most expensive commute from an area hotel to the main airport of all the cities I’ve travelled to in US, including NYC, DC, SF, LA and Chicago.

The driver was so nice and personable. He knew I am an anxious guy and at the airport he said “I will take care of you don’t worry “ He did.

You did not wait for the delayed ferry

Most disgusting taxi ever

That the car could drive

That we had difficulty communicating and that the car was filthy, barely had room for our luggage (though informed of how much we had - and it wasn't much, just 1 large suitcase and 2 carry ons) and there wasn't a childseat though we had ordered one.

We're sorry you were not happy with our service and would like to know more about your experience so we can make it up to you and your family. You can reach us at 1-866-520-8294 Looking forward to a conversation with you.

It was my first time in a taxi and my driver exceeded my expectations!

The driver was very friendly and helpful.

It was hard to get in contact with them.

Phenomenal driver and service. I have recommended your company to my clients and family.

On time, responsive, and very personable!

Driver came 1 hour earlier than expected (6 am instead of 7 am) and then we were charged for it.

We were from out of country with no service in Boston and were relying on the online booking to get us a driver for 7:00 am not earlier. Waited till 7:12 am before having to flag down another taxi nearby. needed to be at the airport for 7:30 am.

Pick up area was confusing